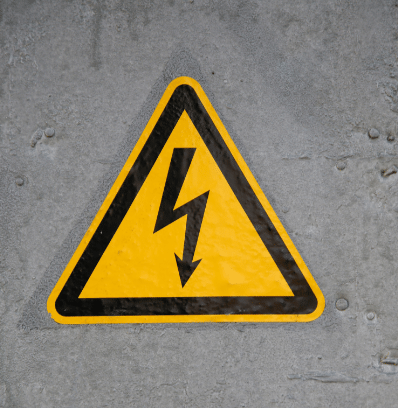 Do you need emergency power for your devices? The answer is probably a loud YES.

Most people do not realize the importance of electricity until they are completely out of power.

A hand generator is a great source of backup electricity that you can use to charge your phone and other devices when there is no power in your off-grid location. Generators can also help you charge emergency radios and flashlights too.

What is a Hand Crank Generator?

How Does a Hand Crank Generator Actually Work?

With a hand crank generator, it actually generates its own electricity to charge or run devices. You simply turn the handle and the generator converts your muscle strength into electrical energy.

Powered by a dynamo, its starter motor takes turns replacing dynamo and generating electricity.
Moreover, how is electricity generated when the handle is turned?

Just turn the crank to start charging your phone. While the voltage generated will vary depending on how fast you turn the crank, the built-in voltage regulator will keep the current constant.

So how does a hand crank flashlight work?
A hand crank flashlight converts mechanical force into electrical energy and then visible light. The crank rotates the gears, giving the advantage of mechanical speed, and rotates the generator at high speed. The generator rotor converts movement into electrical energy, which then charges the battery and powers the flashlight.

A Hand crank generator is undoubtedly a great choice if you are looking for a versatile tool for survival use. Nowadays, many peoples’ homes have an emergency generator powered by gasoline or diesel that can produce electricity in your entire home in times of an emergency. By connecting the generator to the main power source, you will receive electricity to power TVs, lights, water heaters and kitchen appliances.

Hand crank generators cannot provide a large amount of power. Physics won’t allow it! But- they are much smaller than gas generators, making them very portable and handy. You can take them with you or put them in your survival kit. However, these devices typically provide around 10 watts of electricity, which is adequate to power smaller devices.

One of the most frequently asked questions when people are considering hand crank options is, “Why don’t I buy a battery powered device?” It might seem like using a battery-powered device is much easier than powering up devices manually, but in reality the battery in the situation in which it exists is pretty much not worth it.

First of all, you don’t know when batteries will fail. The fact that the batteries did not die while you were using your flashlight last year does not mean that they will not shut off within an hour the next time you flip it on. To address this, of course, you need to have a spare battery in your survival kit. Unfortunately, this can weigh you down a lot.
Imagine that you need to pack dozens of AA, C or D batteries into your devices and take them with you wherever you go. Then take into account the fact that you must have at least one set of backups per device, and even one set of backup batteries is risky. You’re talking about adding some extra pounds to your survival kit. Over a distance, that makes a huge difference. Those who need to carry equipment while on the go cannot afford to carry extra weight.

Also, you never know how long it will take to get a power source. Imagine being stuck in your home during a storm and not sure when your electricity will return. It may take several weeks before the area is clean enough for you to be able to leave the house. What if your battery runs out immediately after a storm? With a manual crank generator, this is not a problem as you will have enough power to stay in though with the rest of civilization.

Your batteries may leak over time as well, rendering them useless. Imagine opening your survival kit for the first time in a year and finding acid seeping from it all over your device. Not only the battery will not work, but also your device. That flashlight, GPS, etc. may also no longer work. Therefore, they are less reliable than hand crank powered devices.

What Can a Hand Crank Generator Power Up?

Why You Should Get a Hand Crank Generator

There are many ways to provide backup power—the most common solutions are gas generators, backup batteries, solar panels, and windmills. All of these devices are useful and sometimes irreplaceable. However, none of them can last forever. You may run out of gas before you even know it. The solar generator does not work either in the rain or at night. Wind generators don’t work most of the time, unless your off-grid location is at the top of a windy hill.

So, where all other options would fail, the hand crank generators come to the rescue!